Top Ten Tuesday is a weekly meme/feature hosted by The Broke and the Bookish. This week’s topic is: Ten Characters I’d Name A Child/Dog/Cat/Car/Etc. So for this one I decided just to list off my ten favorite character names that’ll probably end up being used for my future cats. Once I graduate high school and move out (which is still a few years away…) I plan on adopting lots of cats. After all, they are my favorite animal. I already have one and I love her so much. A few more can’t hurt. 😉

This sounds really weird, but I love names. I love reading books with characters who have super pretty names or just cool names in general. For some reason, I’ve always liked names. Coming up with names for characters can be super stressful, but I love it because I’m discovering all these awesome new names all the while trying to find the perfect one. 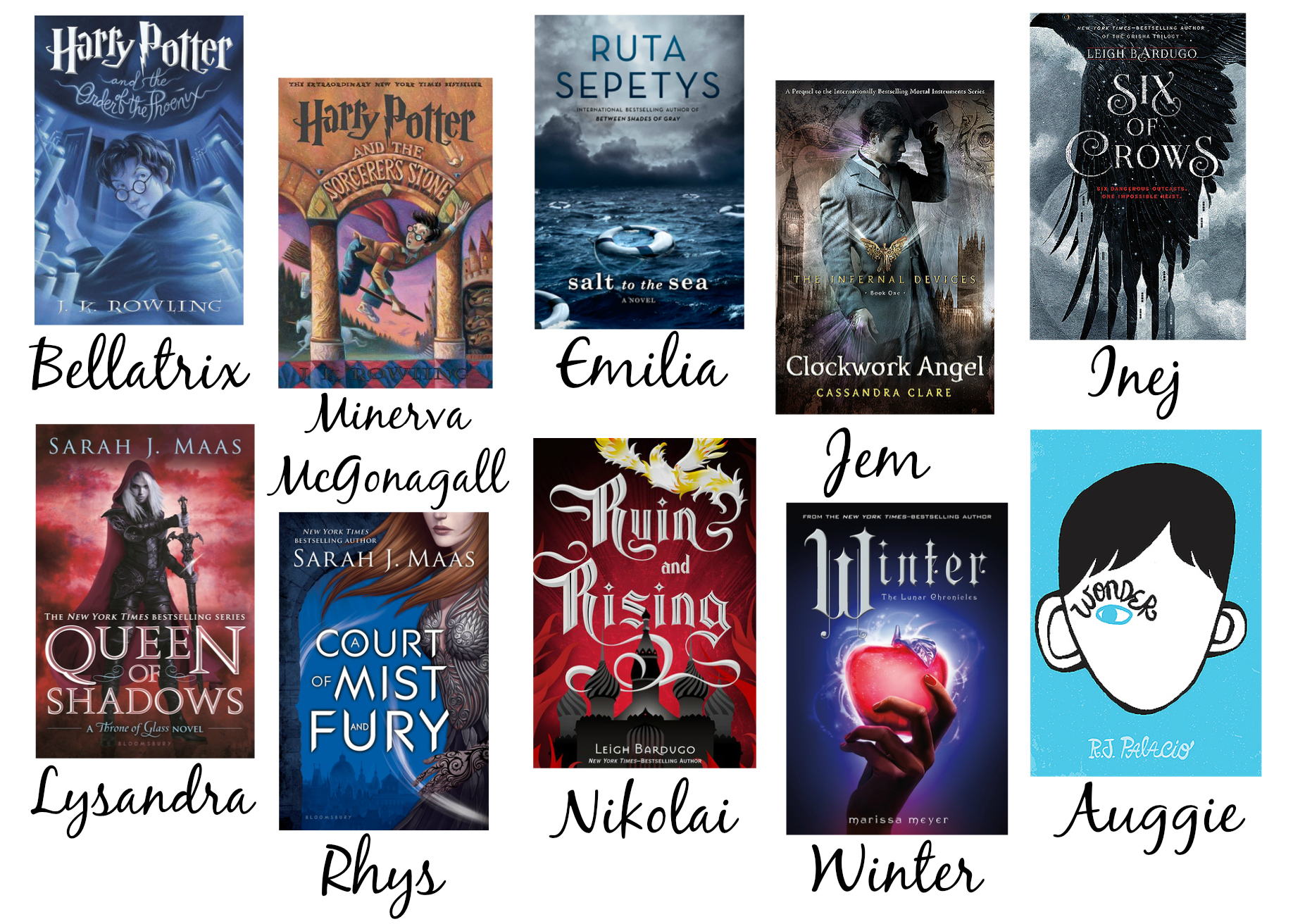 And of course, honorable mentions go to Angelica, Eliza AND Peggy from Hamilton! Yes, all three of them were real people, but I would love to have three cats at once all named after the sisters. I also love the name Adelina from The Young Elites, but it’s so similar to my name, I would never use it.

What are some of your favorite character names? If you were to name a pet or child or something after a fictional character, who would it be? Let me know in the comments, and don’t forget to link your TTT post!