It’s the middle of the year and I really am freaking out because I’m nowhere near reaching my goal (I even lowered it down from 85 to 70 *cries*) and I know by the time school starts, I’ll hardly have any time to read at all. So yeah, I’m kind of freaking out. And also I don’t think I’ll read all the books on this list, which is making me sad. 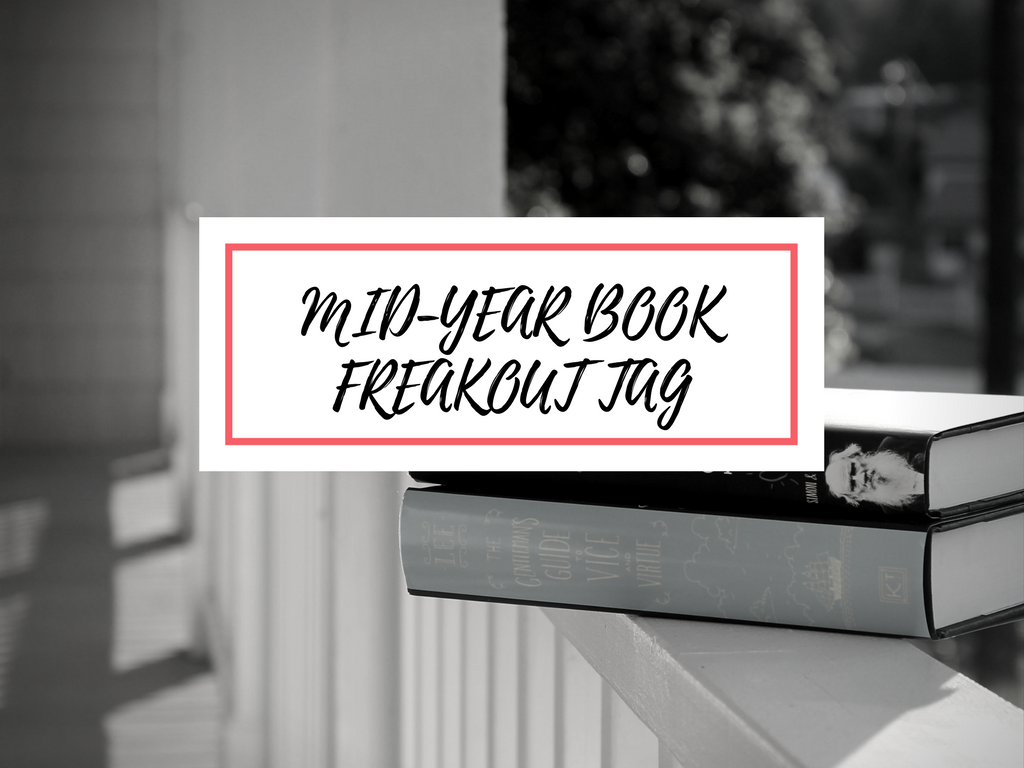 I’d have to say this is a tie between A Darker Shade of Magic by VE Schwab and Now I Rise by Kiersten White. The former because I absolutely love the world, magic, and characters! I really loved the concept of having multiple different Londons and being able to travel between them. Now I Rise was an amazing book, and so much better than And I Darken! The characters are all amazing. I especially love Lada and her fierceness. I’m a huge history buff too, so naturally, with all the history incorporated into this book, I loved it.

Well obviously Now I Rise, but if I had to choose a different sequel, it would be The Crown’s Fate. Like Now I Rise, the Crown’s Fate was like a million times better than its predecessors. The setting is my absolute favorite thing of ever and I love the magic system so much. Seriously, this series is so enchanting (pun intended. If you’ve read these books, you’d understand 😉 ).

New Release You Haven’t Read but Want to

Lord of Shadows and A Conjuring of Light *cries*. I started both of these but at the time I wasn’t really in the mood for either and I was swamped with school and other stuff. Of course, me being me, I forgot to bring them with me on vacation, so I probably won’t be able to read either until the end of August or this fall.

Most Anticipated Release for the Second Half of 2017

Is this even a question? Obviously Hunting Prince Dracula! I’ve been dying to read it ever since I finished Stalking Jack the Ripper last year and it doesn’t come out until September/October. I’m so excited to see where this series goes, especially the characters, and my fav relationship of ever, Audrey Rose and Thomas Cresswell. Swoon!

I DNF’d quite a lot of books this year, but I’d have to say the biggest disappointment was Strange the Dreamer by Laini Taylor. It was just so confusing and so hard to follow, which is too bad because I was really looking forward to reading it. Even the beautiful writing couldn’t save this book for me and I came close to just putting it down so many times.

The Names They Gave Us by Emery Lord was a huge surprise! I was excited to read it, but my expectations weren’t that high, but I ended up LOVING it! The characters were all wonderful and the story. Gahhh, it made my cry so many times, but also laugh, and smile, and swoon because cuteness overload. I fell in love with this book.

Becky Albertalli! I read her newest book The Upside of Unrequited and I loved it! I also started Simon vs. and was really enjoying it, but since it was on my phone, I forgot about it. Whoops. I’ve read quite a few debuts, and though this was not a debut, Albertalli was a new author for me, and has already become a new favorite.

Up until this year, I hated Magnus Damora from the Falling Kingdoms series, but now he’s my favorite and I love him so much. I also may or may not have a bit of a fictional crush on him.

Lila Bard from VE Schwab’s Shade of Magic series is my absolute favorite character! I love her fierceness and strength, plus her sassy personality. I really don’t understand how people don’t like her?? Like she is just so amazing and her character development is so amazing. I think she’s my favorite part of the series, to be honest.

Book that Made You Cry

I’ve gotten teary eyed in a few books recently, but the only two that really made me cry where The Named They Gave Us and A List of Cages. Both broke my heart (more like ripped it out of me *sobs*) and I loved both books so much.

Book that Made you Happy

Alex and Eliza by Melissa de la Cruz was a sweet, cutesy read (albeit a bit disappointing though) that just got me smiling the entire time. And I just thought the whole premise of a retelling of Alexander Hamilton and Eliza Schuyler’s love story was adorable.

I will admit, I’ve been a bit behind in my reviews as of late. But I think my review of The Names They Gave Us was my favorite, the Crown’s Fate is a close second. I just remember feeling really good about that review as I was writing it and when I finished.

When I recieved Always and Forever, Lara Jean in the mail I fell in love with the cover! I felt the same way with all the covers in this series though. They don’t look nearly as pretty online as they do in person. Just the colors and the staging and everything, I just fell in love with it.

What Books do you NEED to Read this Year

I’m not going to go in depth about any of the books I want to read, but instead I’ll just make a list: The Winner’s trilogy, A Crown of Wishes, Pride and Prejudice, Simon vs. the Homo Sapiens Agenda, Hunting Prince Dracula, Tower of Dawn, Wonder Woman, and so many more!

Well, there you have it, the mid-year book freakout tag (with a little less freaking out than I expected, which is a good thing!).  How many books have you read this year? Which has been your favorite? Any new book boyfriends/girlfriends? Let me know down below!