Top Ten Tuesday is a weekly meme/feature hosted by The Broke and the Bookish. This week’s topic is: Ten Books You’d Buy Right This Second If Someone Handed You A Fully Loaded Gift Card.

So for this one, I decided to just list the top ten books on my TBR, because those are the books I would buy immediately if you handed me a gift card. I’m also just going to stick to books that have already been released, though most of the books on my top TBR aren’t actually released yet. 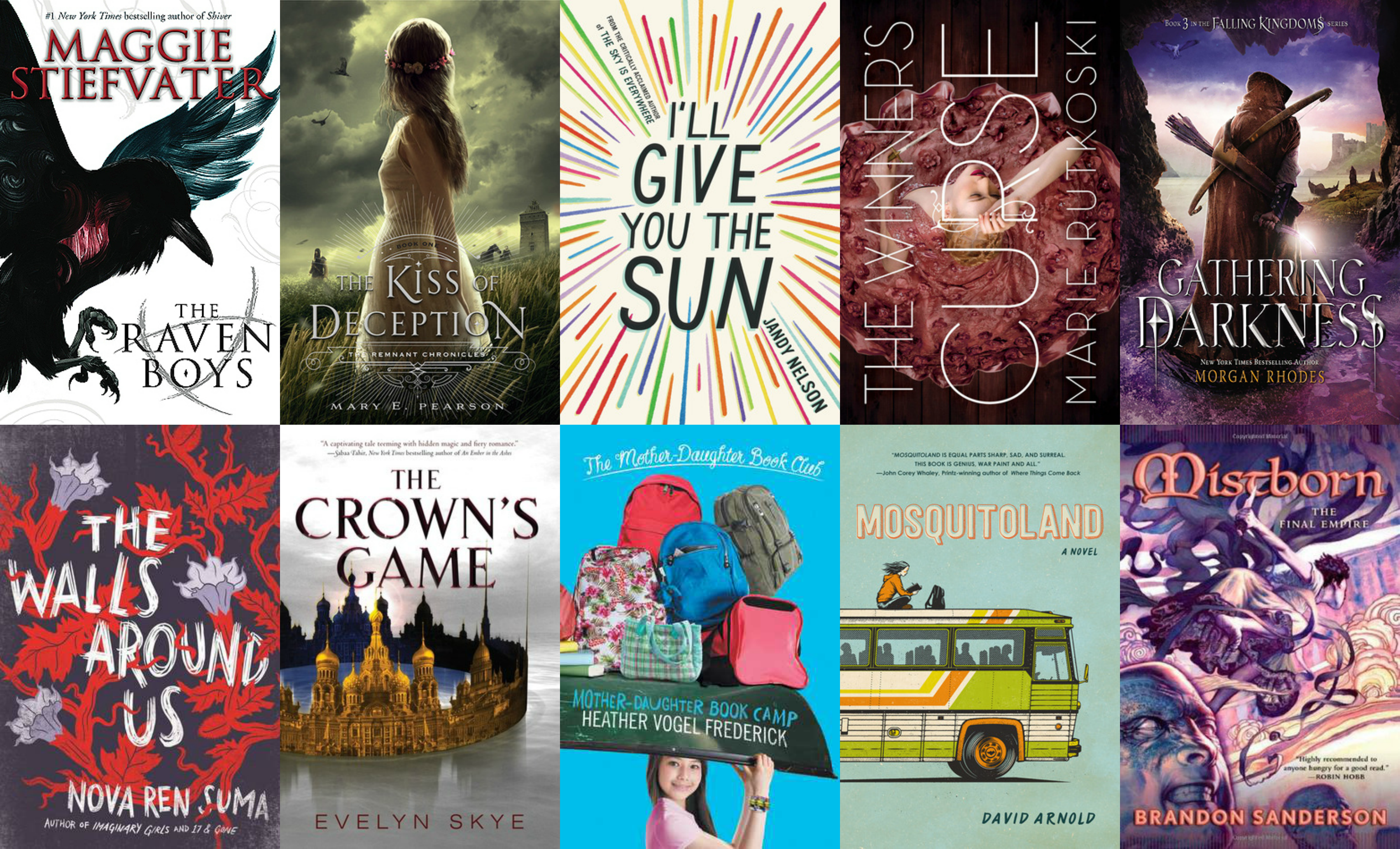 I know, I know, I still haven’t read this one. It’s been sitting in my Amazon saved for later for so long. There have been so many great reviews of this series that make me really want to read it. Hopefully I’ll get to it by the end of the year.

The Kiss of Deception by Mary E. Pearson

This is another one I’ve been wanting to read for a long time, that is also sitting in my Amazon saved for later. I’ve heard mixed reviews on this, but the synopsis makes it sound pretty interesting, so I’m excited for when I can finally get my hands on.

I’ll Give You the Sun by Jandy Nelson

So many people love this book and rave about it, but I still have yet to read it. I actually almost bought it last summer, but the synopsis didn’t sound that interesting to me, so I bought something else instead. I’m SO mad at myself for not buying it then, because now, as you can see, it’s on my Top Ten.

The Winner’s Kiss by Marie Rutkoski

I’ve been wanting to read The Winner’s Kiss for so long now, but still haven’t bought it. Hopefully soon, because every time I see a review or photo with one of these books, it just makes me want to read it even more!

The first two books in this series were so good, but I still haven’t had a chance to read Gathering Darkness yet. Seriously so excited for when I can finally get my hands on this one. The last book didn’t really leave off at a cliffhanger, but it’s still one of those ones that makes you want to keep reading.

The Walls Around Us by Nova Ren Suma

I’ve heard so many great things about this book since it’s release date, and now I want to read it so badly, even though I didn’t at first. And I mean, the cover is gorgeous too, so that’s a plus. I actually don’t know a whole ton about this book, but it’s still on my top ten.

The Mother-Daughter Book Club series was my favorite back in third, fourth, and fifth grade. I didn’t even know this one was coming out until I saw a review of it a few weeks after the release, and now I NEED this book. I cannot tell you how much I love this series and all the characters.

I didn’t hear about this book actually until this spring when my friend read it and absolutely loved it. Ever since, it’s been on my TBR. I’ve also heard so many great things (and some not so great things) about this book, making me even more excited to read it.

The Final Empire by Brandon Sanderson

I first heard about this one in a video by Christine Riccio over on PolandBananasBooks, but i can’t remember what video. It was almost two years ago, so around the time I started really getting into YA, and I’ve wanted to read this ever since. It’s one of those books that I’ve always wanted, but never actually tried to buy it. But, if you did give me a fully loaded gift card, this would definitely be one of the first ten books I would buy.