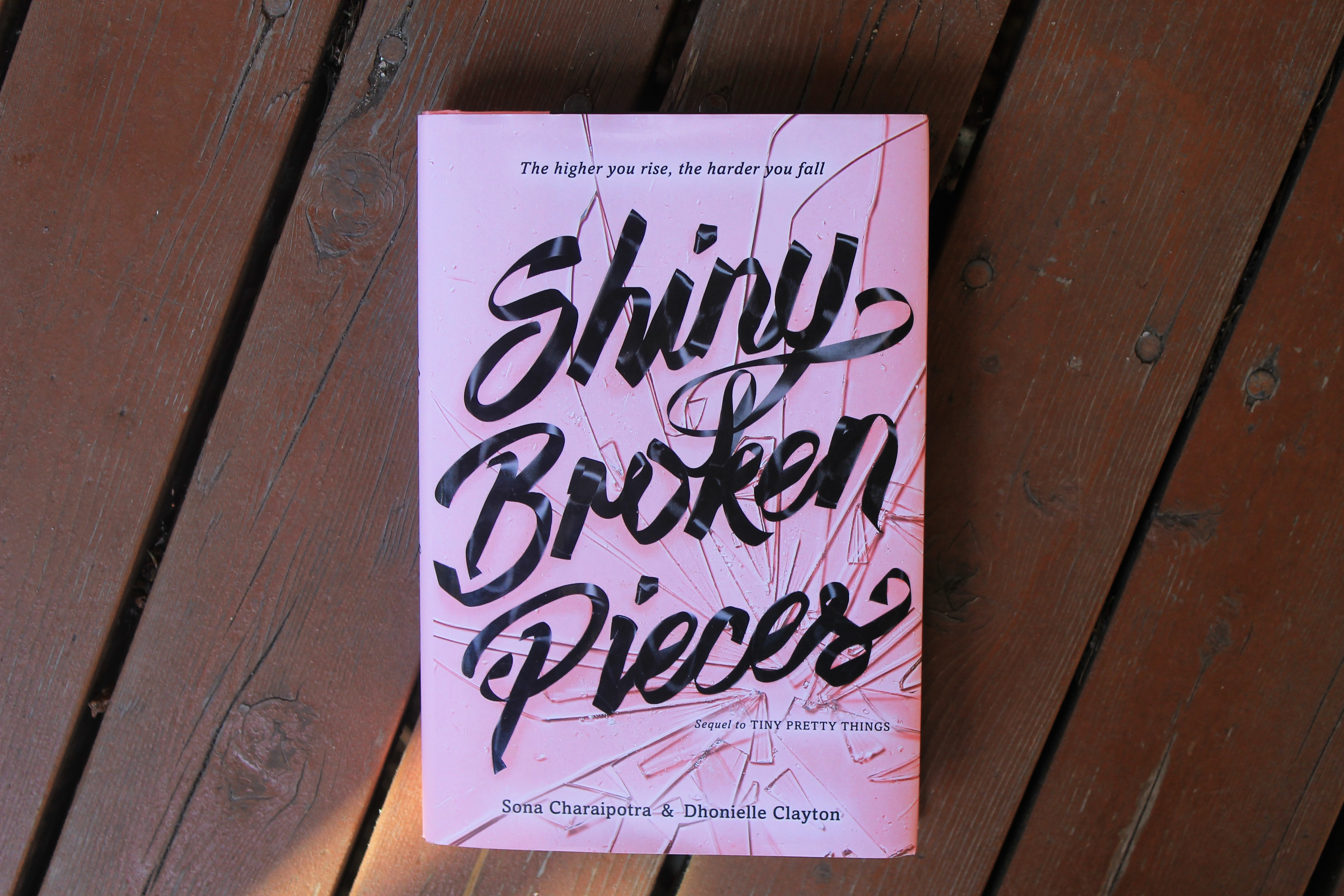 Summary from Goodreads: June, Bette, and Gigi have given their all to dance at Manhattan’s most elite ballet school. Now they are competing one final time for a spot at the prestigious American Ballet Company. With the stakes higher than ever, these girls have everything to lose…and no one is playing nice.

June is starting to finally see herself as a prima ballerina. However, getting what she wants might cost her everything—including the only boy she’s ever loved. Legacy dancer Bette is determined to clear her name after she was suspended and accused of hurting her rival, Gigi. Even if she returns, though, will she ever regain the spotlight she craves? And Gigi is not going to let Bette—or the other dancers who bullied her—go unpunished. But as revenge consumes her, Gigi may be the one who pays the price.

After years of grueling auditions, torn ribbons, and broken hearts, it all comes down to this last dance. Who will make the cut? And who will lose her dream forever?

I absolutely loved Shiny Broken Pieces. It’s full of diversity and real life issues such as eating disorders and racism. I enjoyed the first book in the duology, Tiny Pretty Things, but I loved this one.

This is my year. This is my turn. I’ll be the lead soloist. I’ll be chosen for the company. I’ll do whatever it takes.

We get three POVs in this book, Bette, Gigi, and June. Bette is used to getting everything she wants and being on the top, especially with her incredibly talented older sister. But after Gigi showed up, her place in the spotlight was taken, making her do some very bad things. However, she is stuck at home with this year after being suspended.

Gigi continues to be the shining star of the Conservatory after recovering from a terrible injury the year before. Being black, Gigi is however subject to lots of racism. June is Korean, and has been suffering from an eating disorder. She’s sick of always being the understudy and wants to get the lead this year, but when their teachers realize what’s going on with her eating disorder, her mother seeks help and June has to try and get better. They all have one thing in common though: they need that apprenticeship at the company and will do whatever it takes to get it. I enjoyed all their POVs and getting to see what it was like for all of them and what they were dealing with. We see a lot of character development over the course of these two books as well, such as Gigi turning from kind and sweet and willing to do whatever she can to get back at those who hurt her.

Like I said, this book is full of so many important issues. Racism is one of the main ones, with both a Korean and a black main characters, we see a lot of it. There was one scene that really stuck out to me where Gigi was being fitted for a costume, and the woman kept saying that her skin was too dark for the specific costume. Of course, Gigi is disgusted by this. I really enjoy seeing this side of things because we normally don’t because there’s hardly any diversity in YA it seems. We also have a main character who is suffering with a bad eating disorder. June is so obsessed with being skinny and having the perfect body, but what she doesn’t realize is that she doesn’t have enough strength because of it. When she finally gets help and agrees to it, she realizes how beneficial it is that she has that extra strength. I was really happy for June when she agreed to getting help.

We also get tons of drama. It’s crazy what these girls will do for that spot. If you thought the drama in Tiny Pretty Things was crazy, the drama in this book is way crazier. Gigi, after a year of constant pranks, is ready to do whatever it takes to get back on the people who did it. I was so used to Bette being the one causing all the drama and not Gigi, but there were a lot of times it was the other way around in this book. I did enjoy all the drama though. Seriously, it was so crazy! And, with the addition of Cassie in this book, it was just even crazier. She was like Gigi, too kind and too trusting until she got the lead and everyone turned on her. The two of them are pretty ruthless in this book.

The romance was much better in this book than in the first. It didn’t feel as forced as before, though I’m still not really loving any of the couples. I think they’re cute together, but not my favorite. While most YA contemporaries are focused mainly on romance, the romance is only a side plot in these books, and I like that.

I feel like Shiny Broken Pieces was the perfect conclusion to this duology. The girls are ruthless as ever, and the stakes are even higher. It’s crazy to see what they will do to each other. And the fact that it’s all centered around ballet is my favorite. I’m a ballet dancer, though not even close to as crazy as these girls, and definitely wish there were more YA books with ballet. Five out of five stars for sure, I loved every bit of this book!