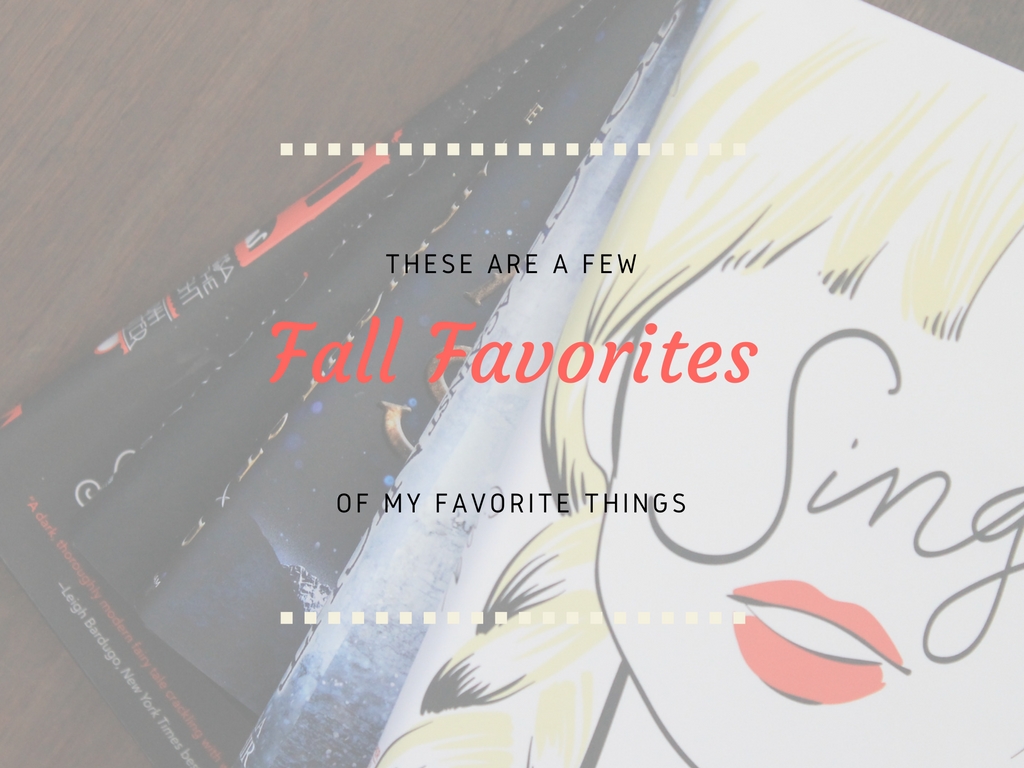 Okay, okay, I know that fall isn’t officially over until next month, but once mid-November comes, it’s basically winter. These past few months have been pretty good for me. The highlights have to be when my family got our puppy, Aussie “Bean”, an Australian Cattle Dog, and then when I got my kitten, Mittens, a week later.

Do you notice these new fancy graphics?! I’ve started using Canva and it’s a miracle worker. Just look at how beautiful these new headers and featured images are! I also finally figured out how to add a subscribe email button and a lovely little widget with my instagram page.

There are so many blogs I love, but I’ll start off with one of my favorites. Cait @ Paper Fury has been one of my favorite bloggers since I first discovered the book blogging world. I also love Puput @ Sparkling Letters‘ posts, especially this one on rating books you haven’t even read, which I totally agree with! I hate seeing people rating books before they’re released based on opinions on the author or past books, or just fake reviews/ratings in general. And lastly, Yvonne over at A World Between Folded Pages and Lisa and Becca @ Lost in Literature did the Gilmore Girls book tag that I’m dying to do now.

I read The Raven Boys back at the end of August and have absolutely fallen in love with the characters and the story Maggie Stiefvater has created! I haven’t read The Raven King yet, but the other three books have only continued to blow my mind away. I just hope that The Raven King doesn’t disappoint (but I mean c’mon, how could it?). Crooked Kingdom by Leigh Bardugo, the sequel to Six of Crows, was nothing short of AMAZING! I loved every bit of it. The end shattered my heart into a million little pieces. I don’t think I will ever be the same.. I also really enjoyed Empire of Storms by Sarah J. Maas, but I think that the it’s predecessors were better. Something In Between by Melissa de la Cruz is a very powerful and important read about illegal immigration in the U.S. and Stalking Jack the Ripper by Kerri Maniscalco was a haunting and fascinating book all about, if you couldn’t tell, Jack the Ripper. I’ve read so many great books over the past few months, but these are my favorites.

In the middle of August, I started Gilmore Girls and loved it right from the start. Well, I recently finished it, which was a very bittersweet moment. The finale was wonderful, but I’m still so sad that it’s over. Of course, the Netflix revival just came out and is amazing as well. I also started watching and finished the new Netflix series, The Crown, during Thanksgiving break. History is one of my favorite things and this show, which is a drama about Queen Elizabeth II, did not disappoint. The recent season of Modern Family, another one of my favorites, hasn’t been anything short of hilarious as well. My favorite part so far has to be when Manny makes a parody of Hamilton for his Juilliard application. I’ve rewatched a lot of my favorite movies these past few months, Blades of Glory, Pitch Perfect, Just Go With It, and Shrek. But I also watched Les Misérables after having listened to the cast recordings a couple times, and let me just tell you, if you haven’t watched that movie yet, it’s a must! I had always thought Les Mis was some lame musical about French people until I started listening to it. Watching the movie only made my love for it grow more.

Not much for this category because to be honest, I mostly just listen to Hamilton. A lot. I’ve been listening to the Hamilton Mixtape tracks they released though, and I like a few of them. Sia’s version of Satisfied is my favorite, at least so far. But, like I said just a moment ago, I’ve started listening to Les Misérables. I’ve already fallen in love with this musical. Hamilton will always be my favorite, but wow, is Les Mis amazing. It’s so powerful and emotional, too. My favorite song has to be On My Own, sung by my favorite character, Éponine. All of the songs are so beautiful, but this one stood out to me right from the start.

Fun fact: my school has uniforms so I don’t buy a whole ton of clothes. I did recently buy this sweater from Target, which is both adorable and super comfortable. I basically wear it at any chance I get. Of course, I’ve also been wearing lots of dresses with tights, boots, and cardigans for fall (my favorite outfit combos) and jeans and sweaters. Fall is my favorite season fashion wise because it’s still warm but also chilly, so you have all sorts of options for outfits. My mom and I were at Trader Joe’s just the other day and we discovered this awesome set of body cream. One is pear, the other orange, and then coriander. They all smell heavenly. I recommend checking them out if you happen to be at Trader Joe’s anytime soon. 😉

And I have to talk more about my family’s new baby, Aussie “Bean”, and my baby, Mittens! We got these two back at the beginning of September when we started school. My family moved into a new house with land so we decided it was time to get another dog (we had a yorkie poodle but had to give him away a few years ago), and my dad finally agreed to let me have a cat. Cats have always been my favorite animals, but my dad doesn’t like them so I’ve never had one until now. And even then, Mittens the Kitten is an outdoor cat, so she’s not allowed in the house. She sleeps in the garage, so she’s still kind of inside. My dad wouldn’t even let her in the garage at first so she was out in the shed, but thankfully she now lives in the garage.

So, those are my favorite things since school started at the end of August up until now. I can’t wait for winter, as it is my favorite season, but I can’t deny that fall is amazing, this one especially. What are some of your favorite things from the past few months? And do we share anything in common?