I was going to come back from my blogging break this month, but then my cat died, which made it really hard to write any sort of post. But hey, I’m back now. I didn’t read much this month, but I will admit that I did acquire quite a lot of bookish things. I’m also working on catching up with ARCs right now because I’m very behind with those.

In case you didn’t notice, I had to change my font. 🙁 PicMonkey switched it so now you have to pay for the font I used before so I switched to this new one.

What I Bought (books)

So this month was going really well, until it wasn’t. My sweet little kitty, Mittens, was put down on February 15 and I miss her so so much. She was only ten months old and I had gotten her back in September. It was so unexpected and fast. I can’t put into words just how much I miss her. She was the perfect and most amazing cat ever. <3 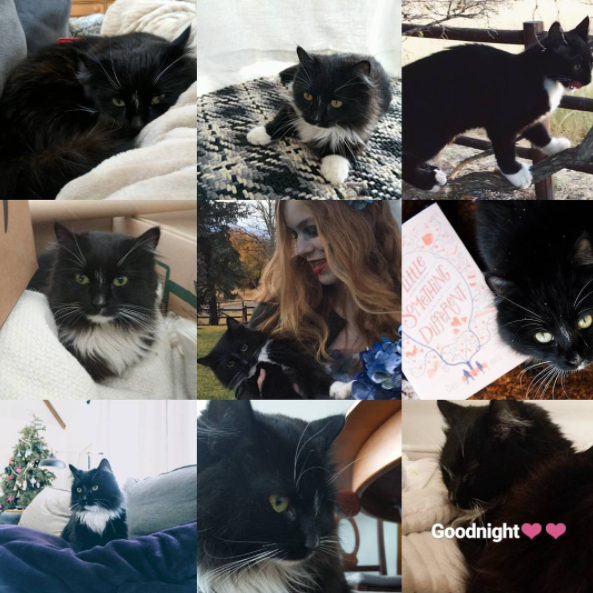 On a much happier note, I opened up my bookmark shop, GlitteringReads, this month. I’m also going to start volunteering at my local animal shelter soon. I’ve been a few times this month and I had so much fun getting to play with the puppies and especially all the kitties. Oh and I also just wanted to say how much I’ve fallen in love with Dear Evan Hansen. The cast recording released this month and it’s absolutely amazing. I definitely recommend checking it out.

Overall, I had an alright month. Some really great things happened, but at the same time, something very terrible happened. But instead of focusing on the bad, I’m excited to say that I have a lot of posts planned for this month. I’m working on bringing lots of new bookmark designs to the shop as well. So, here’s to a better month. 🙂

How many books did you read this month? What was your favorite? What was the highlight of your month?