Last month, I spent a few days in Rome, Italy! I was on a school trip through Italy and Greece and we started off in Rome. It is such a beautiful city, albeit crowded, but still gorgeous! I loved seeing all the sights and ruins everywhere. Rome is so rich with history, which made me love it even more.

So I thought that I would share some of my adventures and favorite photos with you all. 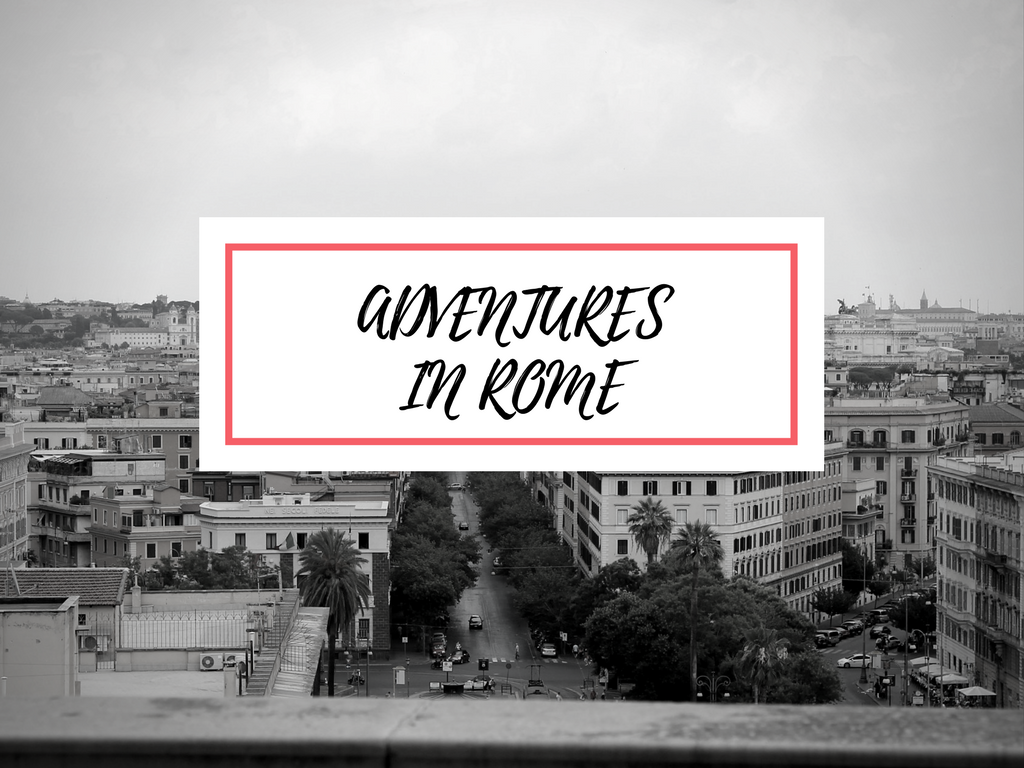 We flew out early on June 15th and had a layover in Detroit, and from there we flew to Rome. I’ve never flown that far before, so this was the longest flight I had been on before and also the biggest! I had never been on a plane with three rows either, so that was really cool. However, the fun wore off after about two hours and I started to get way too excited, and on top of that, I could not sleep.

By the time we arrived in Rome it was already June 16th in the afternoon and super hot. We went straight from the airport to go sightseeing and had barely any time to change, get money, etc. Since I was busy exchanging money, I wasn’t able to change so I was stuck in leggings and a thick t-shirt in the crazy hot weather. I also wasn’t able to grab my camera from my suitcase. I took photos from my phone, but they didn’t turn out that great, which is also too bad.

That day we walked around Rome, stopping in front of Castel Sant’Angelo before making our way over to Piazza Navona, which is gorgeous by the way! I’m sad I didn’t get many good photos there. From there we went to see the Pantheon (which for some reason I thought was called the Panthenon, but nope) and then the Trevi Fountain before going for lunch and gelato then to the hotel.

I was a lot more prepared on day two, since I was able to dress in better clothes for the weather. We stopped by the Capitoline Hill. The Palazzo Senatorio is a really beautiful building and I loved the architecture and all the statues. There was a wedding go on at one of the museums beside it as well. 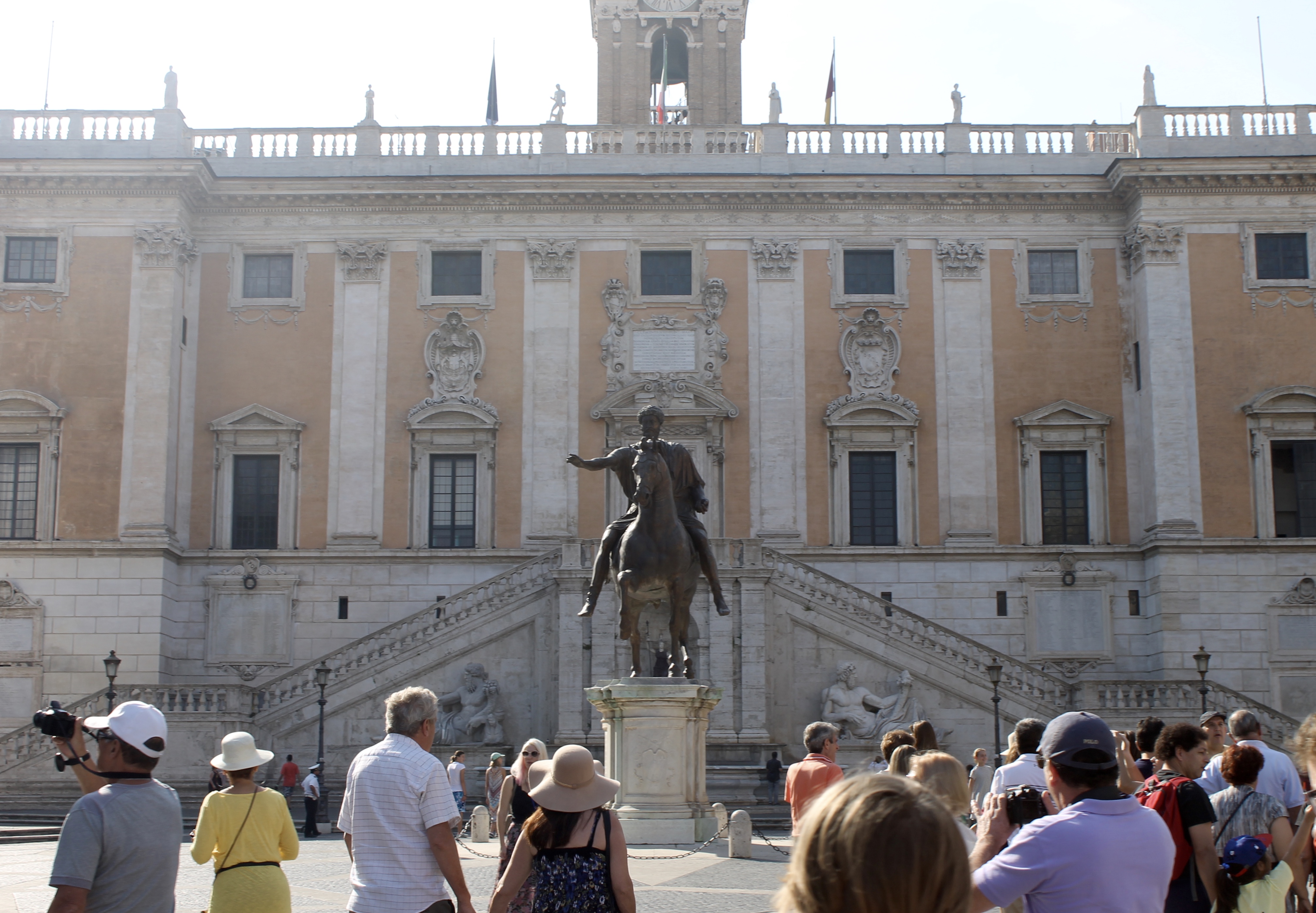 After that we drove to the Vatican. The line there was crazy and there were so many people! It was totally worth having to squeeze through all the huge crowds though because it’s absolutely gorgeous there. I’m sad that you can’t take photos inside the Sistine Chapel because it was breathtaking in there. I don’t think I’ve ever seen so many people crowded into one tiny room though, haha. St. Peter’s Basilica was just as beautiful, inside and outside (seriously, I could not get enough of all the architecture there!).

From there we went to dinner, which was right by the place where Julius Caesar was stabbed, which was really cool. It’s crazy to think that over 2,000 years ago,  they killed him right there. Like I said, Rome is rich with history, and that was one of those moments for me that it was just crazy to think about. There were a bunch of cats at the ruins too, which was an added plus. I did get a few photos, but they’re kind of blurry, so I’m not going to add them.

The following day was our final day in Rome. It was a bittersweet moment because I didn’t want to leave already, but also I was so excited to see Florence next!

Anyways, before we left, we did some final sightseeing at the Colosseum and the Roman Forum. Both were incredibly busy, but again, understandable as to why. All the ruins were really beautiful and like I said before, it was really interesting and crazy to think about what happened there thousands of years ago. Sadly I had a bit of a stomach ache that day and combined with the heat, I wasn’t feeling great, but I still had a really fun time. 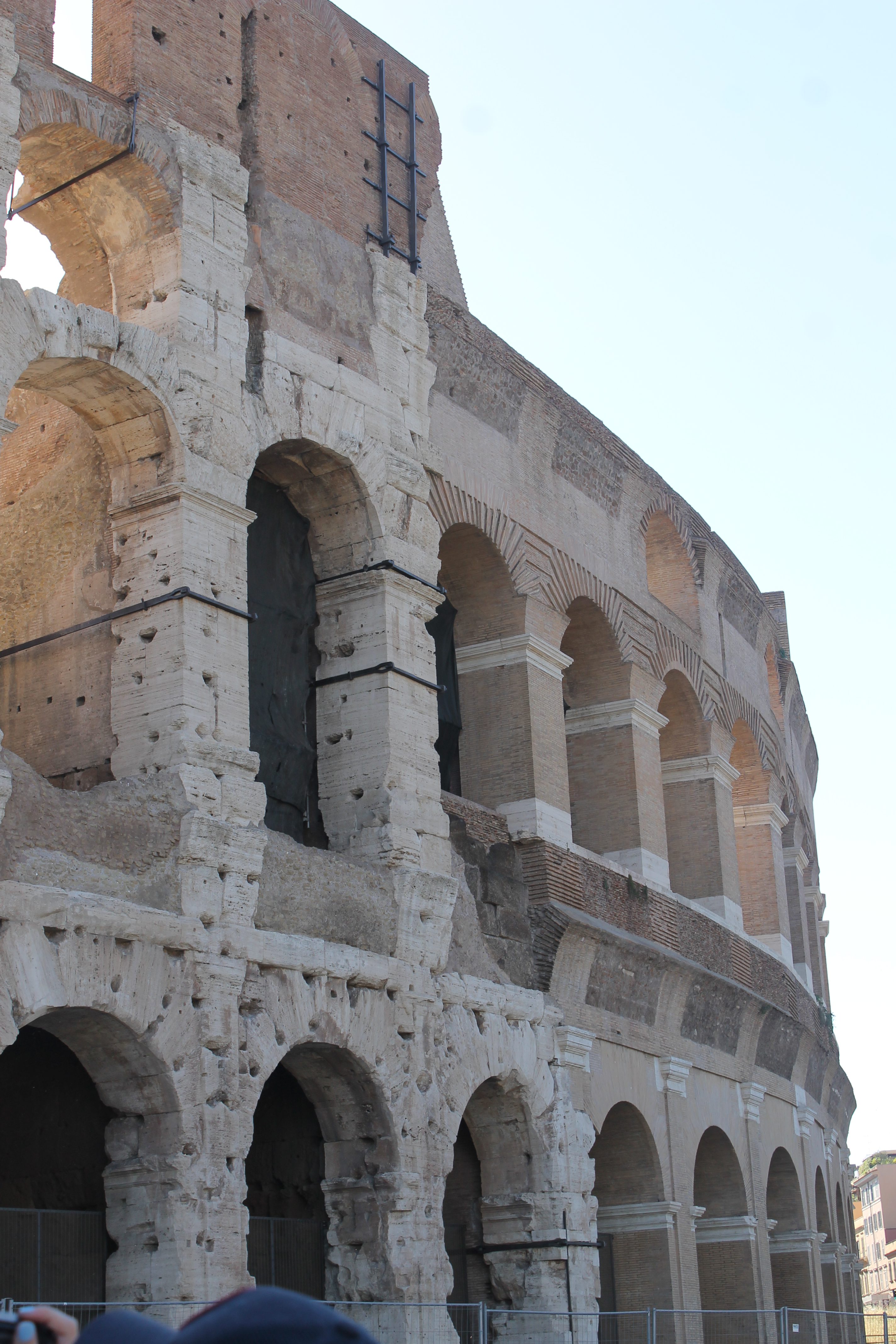 To finish it off, here’s a photo I took from the Vatican of the streets of Rome!

Have you been to Rome? If so, which spot was your favorite? If not, do you want to? What’s your favorite city to visit? If you would like to see more photos from any of these places (or places I did not include (such as St. Paul’s Basilica, etc.)) let me know and will add them to the post!

One response to “Adventures in Rome”