Have you ever read a series where all the books blended together? Where all the books were so similar and repetitive that it felt like you were reading the same thing over and over again? Or have you ever just read a book series too quickly that you don’t remember what happened in what book and confuse all the events (I actually do do this)? 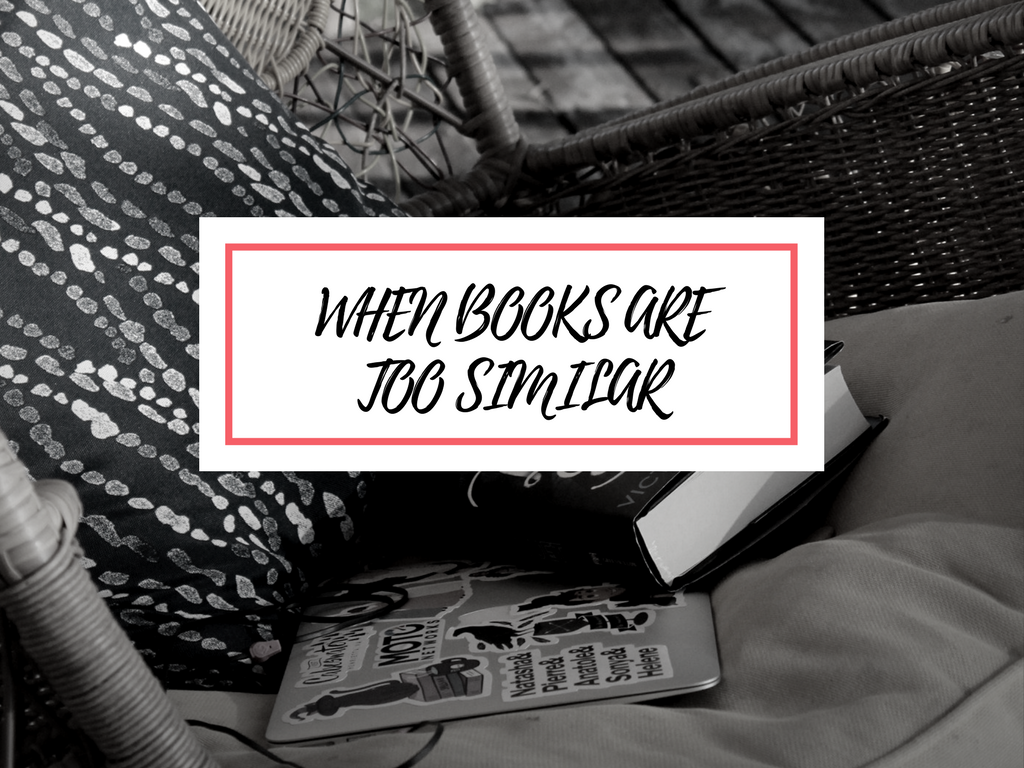 There become a point in series’ when all the books are far too similar, as if the authors follow the same basic pattern and just switch up the events a little bit. I write for fun on the side, so a writer, I can understand why this happens. It’s easy right, to take the events in your previous book or earlier on and just switch them up a little bit, right?

Though this may be easy, it is, however, not a very good thing, especially for those who will read your book. You want your book to be unique and stand out. It seems like in some cases, the first book in the series does, but not the rest. So because of this, you would think every author wants each of their books to be unique and distinctive, yet that is not what happens. Maybe authors do it by mistake, but they definitely do it.

Sometimes when books in a series begin to blend together, it is more of the reader’s fault. When I binge read/watch a series, I admit, I begin to forget what happens in which book/season and everything just kind of mixes together and I get really confused. Whereas if I had read these books as they were being released or more sporadically, I know that not everything would just mesh together.

That’s why as of late, I’ve tried to read series more spread out if they have already all been released. I actually started off not doing this on purpose (so not intending to read them all so spread out) with the Falling Kingdoms series and I realized that it really helped because when I read a series all at once, I get confused.

It seems easier just to binge read a series though, right? Because that way you don’t have to wait in between and you remember the events of the previous book better. Those are just a few reasons why I love binge reading series so much and why it’s honestly easier to wait until the whole series is out instead of waiting for each book to be released. But I would rather read a series with a few weeks or even months in between each book because that way I have a clearer memory of each book and I’m not confused and searching to find out what happened when.

Back to the first point, I have a few examples of book series that have similar plots in every book, but the author does it well. For starters, Harry Potter. While all of these books are very different, they seem to follow the same pattern, but still stand out from each other and easily distinguishable. On the other hand, I have found that I can’t remember what happened when with a few series, one being The Wrath and the Dawn duology by Renee Ahdieh and the Legend Trilogy by Marie Lu. While it’s been awhile and I don’t quite remember how similar each book is, I binge read the latter, but read the former a bit more spread out. However, while I loved both of these series, I cannot remember what happened in which one.

So as you can see, even if you do read books more spread out, they can blend together as well. But I think part of this has to do with time as well. You read more books and start to forget exactly what happened in the book syou read before, which makes sense.

What do you think on all of this? Have you ever read a series where all the  books were too similar and/or the plots started to mesh together? If so, what series? And do you have any ways to prevent this? I’m trying to find more, as reading books more spread out is a decent enough solution, but maybe not the best one. Let me know down below!